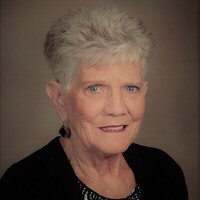 Carolyn Kay Staebell was born on May 7, 1942, in Sioux Falls, South Dakota, to Frank and Margaret (Statz) Hartman. She lived her entire life in Sioux Falls and graduated from Harrisburg High School in 1960.

After graduation, she met the love of her life, Jim Staebell, and they were married on September 8, 1962, at Christ the King Catholic Church in Sioux Falls. They had 51 years together. Jim passed away in May 2013. Carolyn was a stay-at-home mom for many years until she began working at First Bank of South Dakota, now U.S. Bank. She later worked at Lerners of New York. She was an active member of St. Lamberts Catholic Church as a Eucharistic minister and helped with funerals and rummage sales.

Carolyn enjoyed golfing and was a member of Central Valley Golf Course in Hartford for 38 years, where she obtained 2 “hole in one’s.” She also loved line dancing, yoga, and pickleball at Active Generations. Carolyn adored her grand and great-grandchildren, and hardly missed going to any of their activities.

Carolyn was preceded in death by her husband Jim Staebell; her parents, Frank and Margaret Hartman; and grandson Dylan Widmann.